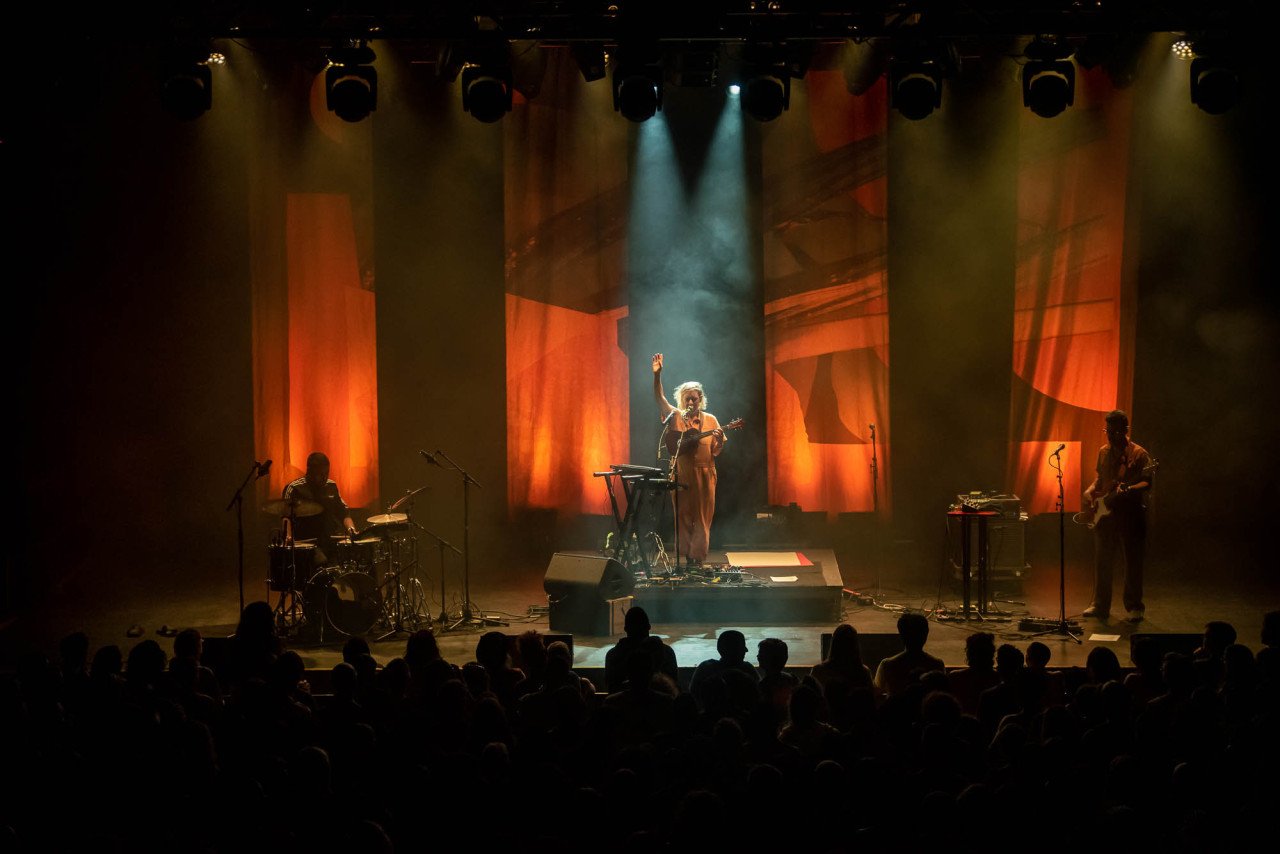 The ukulele has been on a twisted journey through culture — how did it end up not only the cheugiest instrument, but also a weird, charged symbol of musical raciality? Such a thing is a fit for Tune-Yards, the DIY-pop outfit that’s been in a constant state of picking at its own skin since emerging in the middle of the 2000s. It was “tUnE-yArDs” back then, and the ukulele was a more neutral artifact, as Merrill Garbus began recording lo-fi uke jams. It probably still had theater-kid energy — Garbus was into puppetry — but it wasn’t until around the time of 2011’s Whokill that the whole white-girls-covering–Chief Keef thing happened and Garbus began arranging more expansive instrumentations with collaborator and life partner Nate Brenner. The uke was still in the middle, but what would be an ongoing journey into racial introspection for Garbus had begun in earnest: Whokill’s “Gangsta” lampooned culture vulturism to mixed effect, 2014 follow-up Nikki Nack stewed on racial injustice, and 2018’s I Can Feel You Creep into My Private Life was inspired by Garbus going to a self-help seminar about white privilege, or something. By last year’s Sketchy, the sIlLiNeSs had dwindled, and the cover rendered the name tune-yards in cool, crisp lowercase letters.

I guess not dwindled — she took the stage at Brooklyn Steel on Wednesday night with the air of a host for a children’s television show entertaining an audience of wide-eyed kids, pulling out cue cards from the back of the stage. The first one read APPLAUSE, the second, WE ARE ON STOLEN NATIVE LAND. The ukulele is still there, toylike in appearance but used to strum out accompaniment for thorny lyrics. I’ll admit I was nervous. Was I in for some heavy truths delivered by a white woman with a ukulele? After the first song, Garbus mentioned cell phones, and I breathed in, prepared for a towering request to “be in the moment.” But she actually said, “Cell phone lights please if you would,” and what actually followed were heavy truths but delivered with the exuberance of a band that brings nothing less than joy to live performance.

One of the neatest things about Tune-Yards is their adventurous attitude toward technology. Later in the show, after introducing drummer Hamir Atwal and Brenner on the bass (he does the signature bassist head bob perfectly, precise angle of the forward jut, elegant and birdlike neck extension), Garbus said, “I’m Merrill but what do I play?” This was self-deprecation: All night, she tangled with her feet on her big-ass pedalboard, conducting loops and pitch-shifters in improvisatory, rhythmic ways that few other performers would dare to attempt live: “Powa” conjured a dub vortex, and “Real Thing” became electronica layered with call-and-response, as the audience became one of the many instruments in Garbus’s ragged symphony. —Adlan Jackson | @AdlanKJ