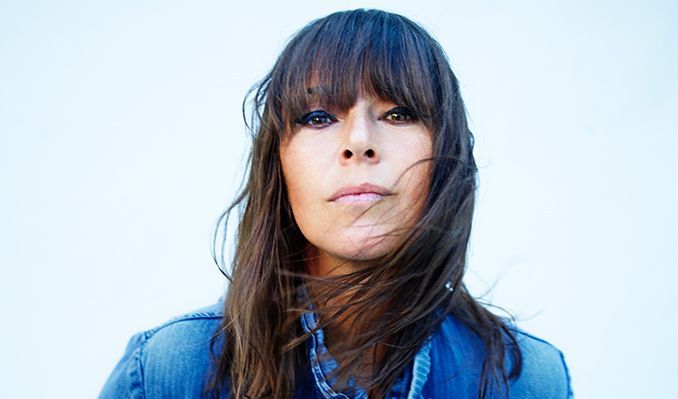 Perhaps Cat Power at Brooklyn Steel Was Just a Dream

Cat Power’s show at Brooklyn Steel on Monday night was like something out of a dream. Yes, the COVID-postponed performance finally taking place may have felt like a patience-rewarded dream come true for her biggest fans crowding the room on a rainy evening, but the dreamlike qualities of the set ran deeper than that. Before she even took the stage, her backing band had already set the mood: With a lovely twinkling of guitars and piano feeling atmospheric under hazy red and blue lights, things seemed gauzy and unfocused, like the visions of the asleep. When Chan Marshall finally came out to loud applause, she spent almost the entire performance in a shadow, from a distance you could barely make out that she was even there, which gave her voice a disembodied mystery coupled with a warbling echo effect, a powerful hallucination that might have had members of the audience wondering, Am I dreaming this?

That voice, though, came through clearly, the band merely there to frame and complement it. Marshall glided effortlessly through a set that weaved together covers and originals in a way that felt almost unreal, a soundtrack to that fuzzy border between awake and asleep. To say she covered songs may not do justice to the way she snipped and patched them together like a psychedelic arts-and-crafts project, creating something new out of bits of somethings old. The effect, again, was fantastical, leaving listeners wondering if they’d heard anything at all. Did I just hear the Rolling Stones appear out of that reimagined version of “New York, New York” or did I dream it? Johnny Cash, the White Stripes, the Pogues, Bob Dylan, the Velvet Underground, I think I heard her magically transform them all into something of her own, but it may have been my mind playing tricks on me.

Cat Power originals were easier to grasp onto, the deeply personal bits of reality that anchor even the most far-flung dream. “The Moon” with a lovely float of keys, guitar and drums was a highlight, Marshall singing, “The moon is not only beautiful / It is so far away / The moon is not only ice cold / It is here to stay” as if narrating her wandering subconscious. Late in the set, the original material built to a strong finish with crowd favorites “Here Comes Regular” and “The Greatest” breaking through the surreality of the night. The show ended with Marshall asking for the house lights to be turned on, illuminating both herself and the audience, breaking the reverie at last for a wide-awake, stunning rendition of Nina Simone’s “Wild Is the Wind.” The walk out into the cold, rainy Brooklyn night confirmed that we were, indeed, awake, but, like the best dreams, bits of this one will certainly linger for a while. —A. Stein | @Neddyo