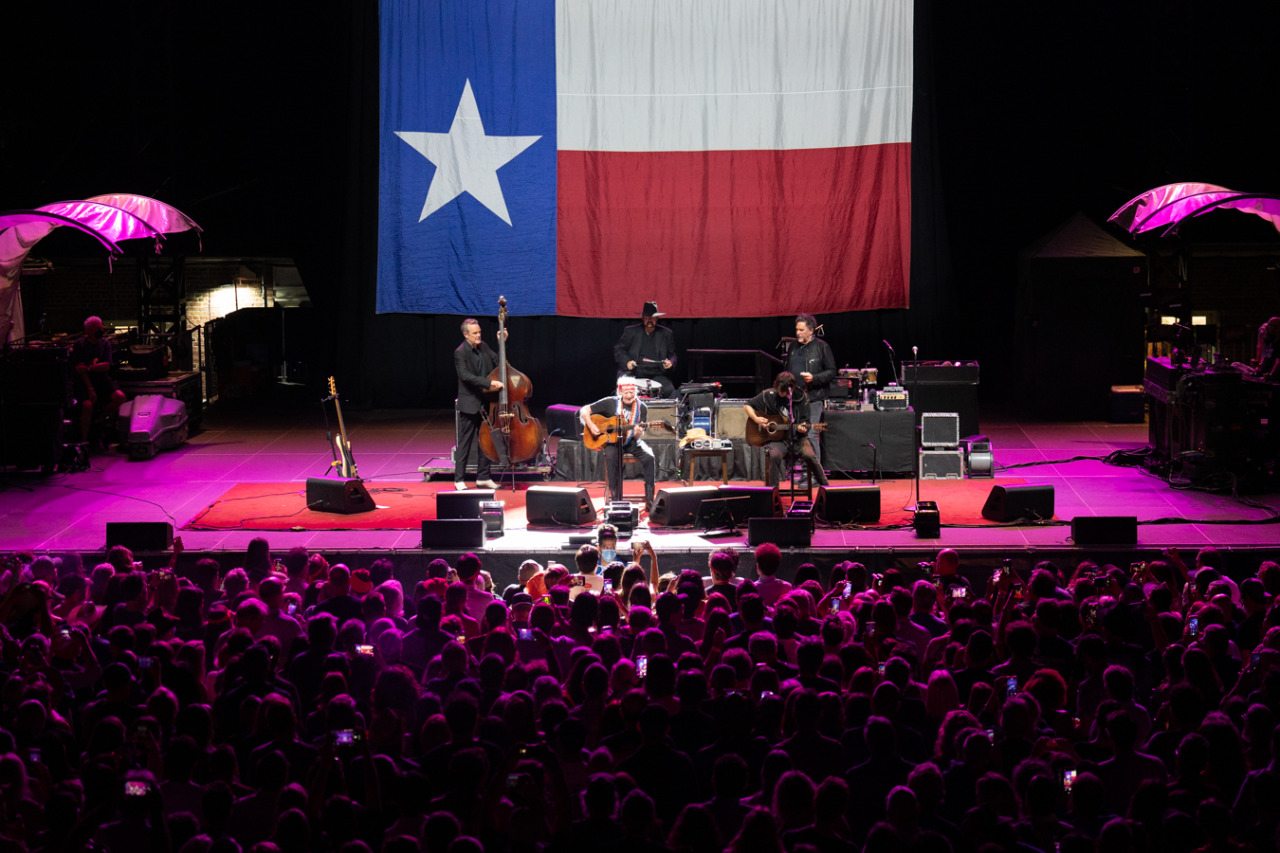 As an Asian American kid of immigrants living in suburban New Jersey in the ’80s, I can’t say I was exposed to too much country music. My familiarity with the genre was fleeting at best. My family would sometimes huddle around our one TV set and watch various music-countdown shows and catch glimpses of popular artists, and maybe sometimes there would be a country music star like Dolly, Kenny, Johnny or Crystal Gayle with her long, beautiful hair.

I have vague memories of Willie Nelson as being that bearded country singer with braids who helped establish Farm Aid. I knew he sang that duet “To All the Girls I’ve Loved Before” with Julio Iglesias (who my mom found very handsome). Once I began discovering music on my own, and not just what played on the radio, I heard Willie Nelson’s version of “Always on My Mind” only after I’d first heard a more danceable cover by the Pet Shop Boys. And to my younger self, his version seemed slow, maudlin and quaint. I didn’t quite get it at the time.

Over the years, I’ve expanded my taste in music with an insatiable hunger to check out everything I can get my hands on. And with that constant consumption of music, I’ve grown to appreciate an artist like Willie Nelson, who is a masterful interpreter of songs, some his own and many by others. It seems obvious to say, but with age and experience, I understand lyrics much more now. Recently, I became very determined to catch him live for my first time, come hell or high water. I am primarily a concert photographer and had my heart set on capturing him with my camera, but when an opportunity to shoot the show didn’t materialize for me, I accepted the role of concert reviewer instead, and here we are.

For roughly an hour last night at SummerStage in Central Park, Willie Nelson and his spartan band played an efficient, well-knit set, hitting 20 songs that spanned his career of covers and original material, including a few led by one of his sons, Micah Nelson (aka Particle Kid). I was especially impressed at Willie’s nimble fingers as they danced through each solo on his guitar, Trigger. There was a good mix of the humorous and the emotional, including a few sing-alongs that even I partook in. It was the kind of show I came in expecting to know only a few songs but actually knew a good number because that’s how universal Willie Nelson’s music is. It is truly Americana.

But what am I going to say here that hasn’t already been said about this legendary man? I just know that when I finally heard Willie perform “Always on My Mind” about midway during the set, I could feel tears in my eyes and my breath slowly leave my body as he tenderly and earnestly sang the words tinged with regret and longing. I imagine in his nearly 90 years on this planet, he has faced some regrets, and although I am about half his age, I, too, have known some regrets. I finally got it. —@Qbertplaya