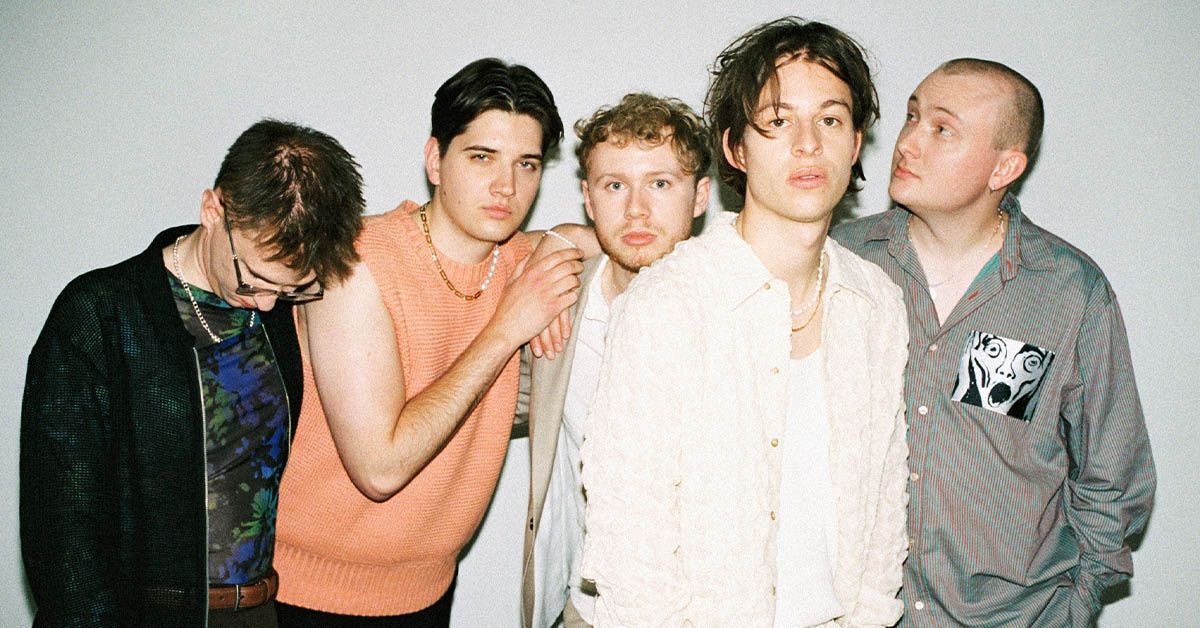 German indie rockers Giant Rooks announce themselves — it’s right there in their sobriquet. No, it’s not that their music doesn’t contain subtlety or multitudes, just that it isn’t shy, and doesn’t take long to snatch you right up. Their songs feel massive — big hooks, swelling choruses, a just balance of euphoria and angst that lets both of those feelings punch through the songs. They’re part of the through line connecting U2, Mumford & Sons, Arcade Fire, Gang of Youths and many other bands — they fill the room, and they want you to go for it with them.

It’s been a while since we’ve seen them here, and at Webster Hall on Tuesday night, they were greeted like long-lost friends. Singer Frederik Rabe has scruffy charisma to spare, and he commanded the five-piece through a coursing 80-minute set that felt close to the end almost as soon as it began, touching most of Giant Rooks’ repertoire. That meant trips through the synth-y “Very Soon You’ll See” — which like most Giant Rooks songs had a strut to it — big, sweeping rockers like “The Birth of Worlds” and “Bedroom Exile,” a detour through the band’s gnarly cover of “Tom’s Diner,” and “Morning Blue,” a 2022 single and the set’s showpiece — dance-rock as snappy as anything that came out in the mid-2000s when shrewd indie rock was loose on the dance floor on a nightly basis.

They knocked out a finale of big room-ready rockers, including a dramatic “What I Know Is All Quicksand” — Rabe sang the ending fading backward from the microphone for an extra, still-of-the-night effect — the relentlessly catchy “Wild Stare” and the full-throttle “Mia & Keira (Days to Come).” Next to all those familiar touch points were also new songs — the tender “For You” got its live debut last night — suggesting it might not be so long until we get to see them again. —Chad Berndtson | @Cberndtson